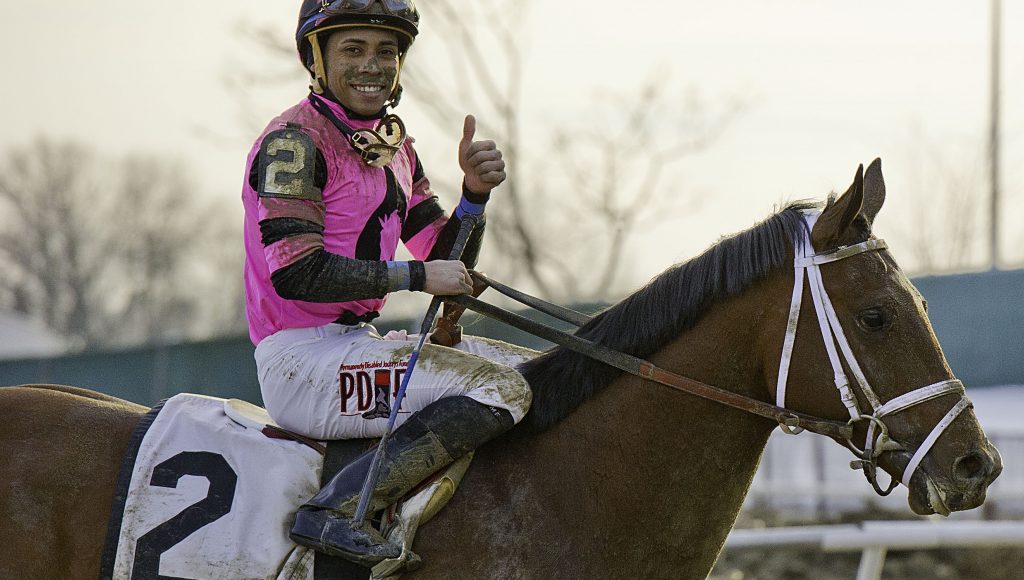 Evaluating a horse’s fitness is much more complex than many assume. Unless we are with him every morning as he goes through his daily routine, we are really in no position to judge it with any degree of certainty. His recent races are generally a good indicator, but they can be deceiving. Fitness, or ‘form’, as it relates to thoroughbreds isn’t much different than it is with human athletes. Both must be at or very near their playing weight and in generally good health. Their muscles must be highly toned and lungs well developed so that they can maintain their efforts over the course of their event.

The thing that many don’t realize is that once ‘in form’ a horse doesn’t lose it willy-nilly. Properly handled (given proper rest with races spaced about three or four weeks apart) a horse can remain generally fit for a long period of time. Many, particularly cheaper horses running for smaller purses, race more frequently. Racing is a grueling activity and these horses may remain in peak for a very short period, maybe only two or three races. Eventually racing will take its toll and the horse must be rested no matter how carefully he has been handled. Often this is because he has lost weight and is no longer as strong as he was earlier. After some R&R he is ready to resume training and the cycle begins once again.

There are many reasons why a horse who is ‘in form’ will toss in an occasional bad race. Even a fit horse can’t run effectively unless he has the feeling good that day, has the right equipment and uses his energy to best advantage. An old injury (arthritis?) may have been bothering him when he disappointed last time, for example, but will be no factor today, or perhaps his poor performance wasn’t really the result of poor fitness but rather caused by a problem since corrected by an equipment change we know nothing about. A tongue tie or new shoes are two things that come to mind that can make quite a difference. Another possibility is that his last race was so tough on him that he could do nothing but stand in his stall for the next three or four days.

The general rule is that it takes two extra days of training to make up for every training day lost, so it is possible that he won’t be capable of showing his best three weeks later when he’d normally run his next race. Should his trainer run him anyhow? Maybe! One thing is certain. You can’t run a horse in a race unless the Racing Secretary schedules it, and it might be another 2-3 weeks before the is suitable race is run. Rather than train a horse, who has missed some training, up to a future race, a trainer might decide to use the current race as part of his conditioning program. The horse is ‘given’ the race in hope that it will get him ready to win his next one. The alternative, of course, is to give him the extra training days he needs to regain top form. The better the horse the more likely it is that the trainer will choose the latter option.

There are no hard and fast rules to help us judge whether a horses is coming into, or losing, form. There some indicators that can be found in the past performances, however, that tend to suggest that one or the other may be happening.

Among the better positive indicators (assuming that the horse was not dropped in class for his last race)are a horse who:

Signs that a horse may be losing form include:

These indicators become more reliable when they are reinforced by some action (or inaction) taken by the horses trainer. In the case of a positive “hint” that might tack the form of a couple of workouts, a one level class drop, or a positive jockey change. A negative jockey change after a negative hint suggests that the trainer also believes that the horse is losing form.