Ways to Bet on Football 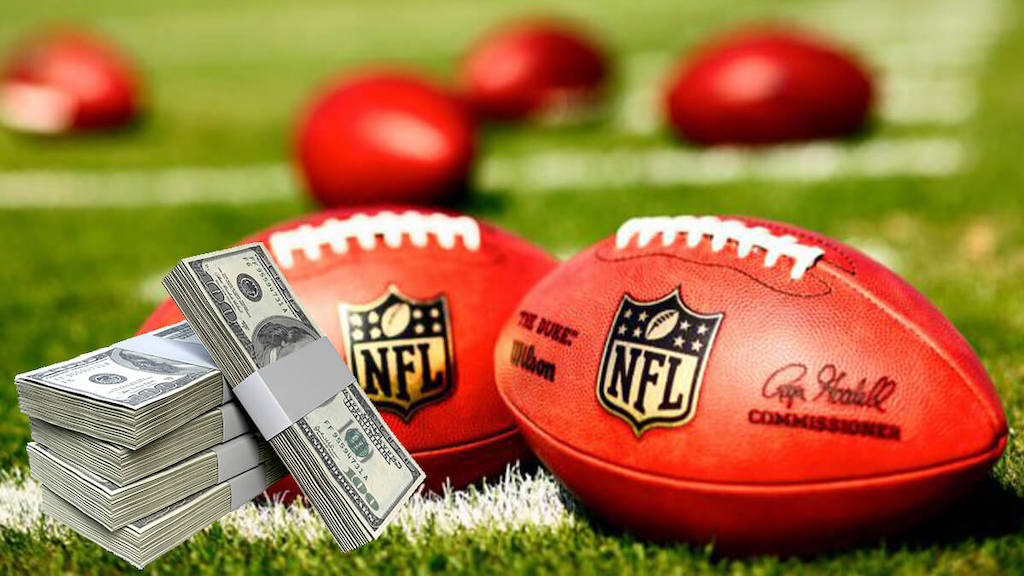 Let’s get ready to bet on football.

– The majority of bettors know the primary ways – moneyline, point spread, and total – to bet on football.

– There are several unique ways to bet on football, including exotic bets like teasers.

Ways to Bet on Football

It is the most popular spectator sport in the U.S. With the rise in popularity of sports betting, betting on the NFL and college football has taken off exponentially.

It was estimated that over 31 million Americans bet over $8 billion on last year’s Super Bowl. That’s just one game.

It’s fun to watch and even more fun when you bet on a game and your team wins. If you haven’t already, you should know the different ways to bet on football.

The simplest bet you can make on an NFL or college football game is on one team to win. The Packers are a -150 favorite over the Minnesota Vikings. You bet $150 to win $100 on Green Bay and if they win, no matter what the score is, your bet is a winner.

Betting on NFL or college football underdogs can pay well when the teams are given plus-money odds. If the Vikings are a +170 underdog, a $100 bet wins $170. Always look for the best NFL odds.

Point spreads are a way to even out two teams. Take perennial college football power Alabama. When they play a team like Vanderbilt, there is no question which team is better. How much better is the Crimson Tide?

Sportsbooks assign a point spread to each game. In the case of Alabama-Vanderbilt, maybe the point spread is 28. The Tide will have to win by 29 or more points in order for a bet on Alabama to cover. Likewise, bettors could wager on Vanderbilt to cover. The Commodores would have to lose by 27 or fewer points or win outright.

Bettors that don’t care for a particular side in a football game can still get in on the action by betting on the game total. Bettors only care about the final combined score of the two teams.

In the NFL, more games end with a total of 41 than any other number. Over the past five seasons, NFL games have averaged between 44 and 49 points per game in a given season.

There are college teams that typically average 40 or more points a game on their own. Bettors can watch trends and look for prolific offenses against poor defenses and vice versa when betting on football totals.

Ways to Bet on Football – Futures

There are numerous futures bets each and every football season. Bettors can wager on the next Super Bowl champion the day after the previous one is complete. If bettors get in early, they can often get favorites at great odds between +500 and +1000 at America’s Bookie.

There are also markets for conference champions, division champions and bets on teams to make or miss the playoffs. NFL futures also include bets on individual player awards like the NFL MVP, Offensive and Defensive Player of the Year, Coach of the Year, and more.

It’s the same in college football where bettors can wager on the next national champion shortly after the previous one is crowned. There are futures bets for conference champions and individual awards such as the Heisman Trophy.

Some of the most popular bets these days are NFL and NCAA props. Football bettors especially love player prop bets such as Tom Brady Over/Under 2 TD Passes, for example.

NFL or NCAA player prop bets can often be paired (or even parlayed) with a traditional moneyline, total, or bet against the spread.

If you like Tampa Bay to beat Detroit, you might bet the Bucs to cover with Brady throwing more than two touchdowns against a bad Detroit pass defense.

Live Betting is a Popular Way to Bet on Football

The hottest trend in sports betting is live betting, or in-game / in-play wagering.

Many of the best sportsbooks in the industry offer the ability for bettors to stream games through their betting account. They can then choose from a wide variety of wagers while the game is being played.

Bettors can use live bets to hedge against bets made prior to the game. When a game doesn’t play out the way you thought it might, a live bet can help you reduce the effects of a loss.

Some bettors may stay away from more exotic bets like parlays and teasers, but the NFL lends itself to the teaser bet. The most common is the NFL two-team, six-point teaser.

Since scoring is more rigid in the NFL, final scoring margins are a bit more predictable. The most common margin of victory in an NFL game is 3. Games ending in margins of 4, 6, and 7 are up there too.

Knowing that, NFL bettors can use a teaser to adjust point spreads in two games and play them as one.

I hope this helps you and leads to you winning more football bets. Bet on football, it makes the games even better!